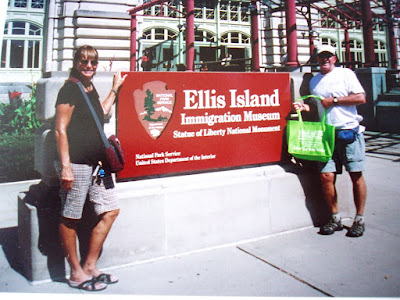 Our August 2008 eNewsletter might have prematurely named a bunch of give-away green bag sightings in Idaho as “Winners”.

Prematurely, because Steve and Emmy Scarano recently submitted these two photos of the happy couple posing at the Statue of Liberty National Monument.

Steve and Emmy usually bring a large group of friends every year and run a two day trip on the Lower Kern. Their last trip was this past June. We look forward to hosting them again in 2009 for another celebration of fun and whitewater on the mighty Kern River.

Steve advises that he may soon have more photos from Canyon de Chelly in Arizona. Those photos could be really cool.

Thanks Steve and Emmy. Safe Travels! 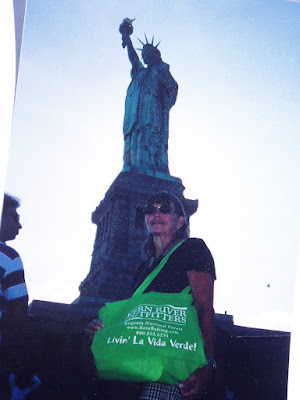 Emmy at the Statue of Liberty

Stay tuned not only for more shots of the “Travels of the Green Bag”, but of tempting tidbits of photographic memories from our 2008 photo archive.