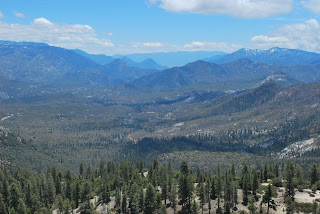 The Kern River is the main draw to the Kern River Valley during the spring and summer months. However, there are many sites to visit and explore after a day or two on the river and that’s exactly what I did this past week. After spending Tuesday on the Upper Kern River I grabbed my girlfriend, two sandwiches, and my camera and we began our trek to greater heights.

After passing Johnsondale Bridge the road begins a steep climb and follows South Creek to the small town of Johnsondale. Continuing up the road we reached an intersection that all of our guides here at Kern River Outfitters are familiar with: The Road to the Forks, which turns off to the right. We continued off to the left and after about 15 minutes we hit a four-way stop at the Western Divide Highway. We turned to the right and continued down the road toward the Trail of 100 Giants. 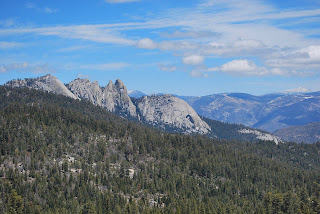 After another 15 minutes we reached the Dome Rock, which offered some spectacular views of the entire Kern River Valley and the Needle Rocks. What a great place to eat lunch too.We were trying to find the trail to the Needle Rocks but there is so much snow still up high that the side-roads were all closed. So, instead of hiking we went to the restaurant/bar in the small town of Ponderosa and enjoyed a tasty brew and a game of pool.

While visiting the Kern River Valley, be sure to check out some of the many side-adventures this great place has to offer. Our guides and staff are more than just raft guides, they know this area better than anyone and can help you have the trip of a lifetime, both on and off the river.

The reason we are going to have a great
season on the Kern River: lots of snow! 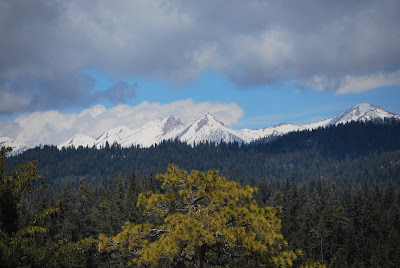