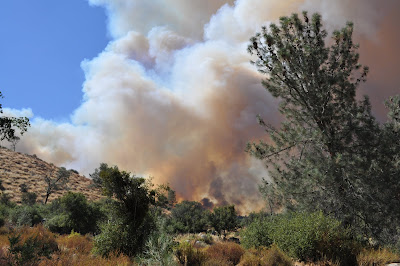 The “Bull Fire” that started just over 48 hours ago in the Bull Run Creek drainage adjacent to the Upper Kern River has moved north and away from the towns of Kernville and Riverkern. Although the residents of these two communities seem to be safe from the immediate threat, the community of Fairview is now in the cross hairs of the fire. With a little luck, and a lot of hard work from the men and women fighting the fire, Fairview will be spared.

Although this fire has caused some logistical changes, it hasn’t caused any problems for folks running our Lower Kern trips. The water is better than ever on the Lower Kern and folks are having a blast on the river. The smoke caused by the first day of the fire has already cleared from the Kern Valley.

Here are some photographs of the amazing men, women and machines that offer lightening quick response when fire threatens. Our hats are off to all of them. 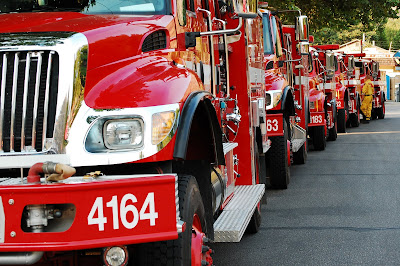 Line up of fire trucks in Kernville 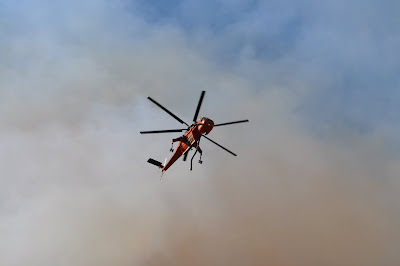 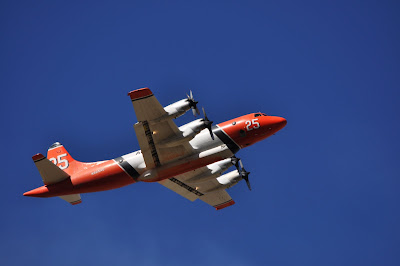 Water Bomber pulling up after a drop 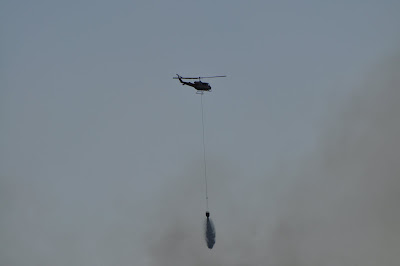 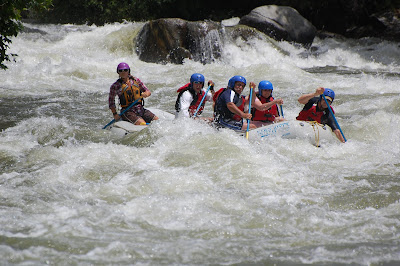 Matt Volpert is the owner of Kern River Outfitters. His first rafting trip was a multi-day down the Rogue River when he was six months old. He's based in Southern California.

Class V Forks of the Kern

Middle Fork of the Salmon with Idaho River Journeys

Forks of the Kern Guidebook and Map